Audi aspires to spearhead the Group both technically and technologically. A fascinating new electric vehicle – the e-tron Sportback – was presented in the reporting period.

“Vorsprung” is Audi’s global brand promise that is currently being redefined by the brand with the four rings, as it moves away from the narrow focus on technical feasibility and towards a new approach, where the customer is at the center. In developing innovative technologies, Audi plays an influential role in the Group, not least with the Premium Platform Electric (PPE) for all-electric premium vehicles. With Artemis, Audi has also created an agile unit for new vehicle projects. The initial focus of the team of passionate specialists, who have been given a large degree of freedom, is to develop a highly efficient electric car. As such, Artemis is also to be the pilot and role model for the future development of vehicle projects in the Group. In the reporting period, Audi rolled out the second model in its e-tron product line. The Audi e-tron Sportback is a dynamic SUV coupé that combines the power of a spacious SUV with the elegance of a four-door coupé and the progressive character of an electric car. The all-electric drive provides up to 300 kW (408 PS) of power, while the high-performance version, the e-tron S Sportback, is capable of delivering up to 370 kW (503 PS). The e-tron Sportback’s digital matrix LED headlights are a new optional feature now available for the first time in a large-scale production vehicle. The light is broken down into tiny pixels and can be controlled with exceptional precision. This makes safe lane centering easier on narrow stretches of road and shows the position of the vehicle in the lane. Production of the all-electric e-tron GT commenced at the end of the year 2020. The Q4 e-tron and the Q4 Sportback e-tron will expand the portfolio of electric vehicles in 2021. New model generations were launched in the popular A3 series during the reporting year.

Amid a difficult market environment, the Audi brand delivered a total of 1.7 million vehicles to customers in 2020 (−8.3%). The recovery of important core markets in the second half of the year was able to largely compensate for the volume losses that occurred in the first half of the year due to the pandemic.

Unit sales made by the Audi brand in the reporting period came to 1.0 (1.2) million vehicles. The Chinese joint venture FAW-Volkswagen sold a further 656 (620) thousand locally produced Audi vehicles. The Q3, A6 and e-tron models were in especially high demand. Unit sales at Automobili Lamborghini S.p.A. amounted to 7,460 (8,290) vehicles.

The Audi brand’s sales revenue in fiscal year 2020 amounted to €50.0 (55.7) billion. The decrease in volumes and negative exchange rate effects reduced operating profit before special items to €2.7 (4.5) billion. Reduced fixed costs, the deconsolidation effect from the divestment of Autonomous Intelligent Driving GmbH (AID) as well as other effects from the Audi.Zukunft and Audi Transformation Plan programs had a positive effect. The diesel issue resulted in special items of €−0.2 billion in the reporting year. The operating return on sales before special items was 5.5 (8.1)%. The financial key performance indicators for the Lamborghini and Ducati brands are included in the financial figures for the Audi brand. 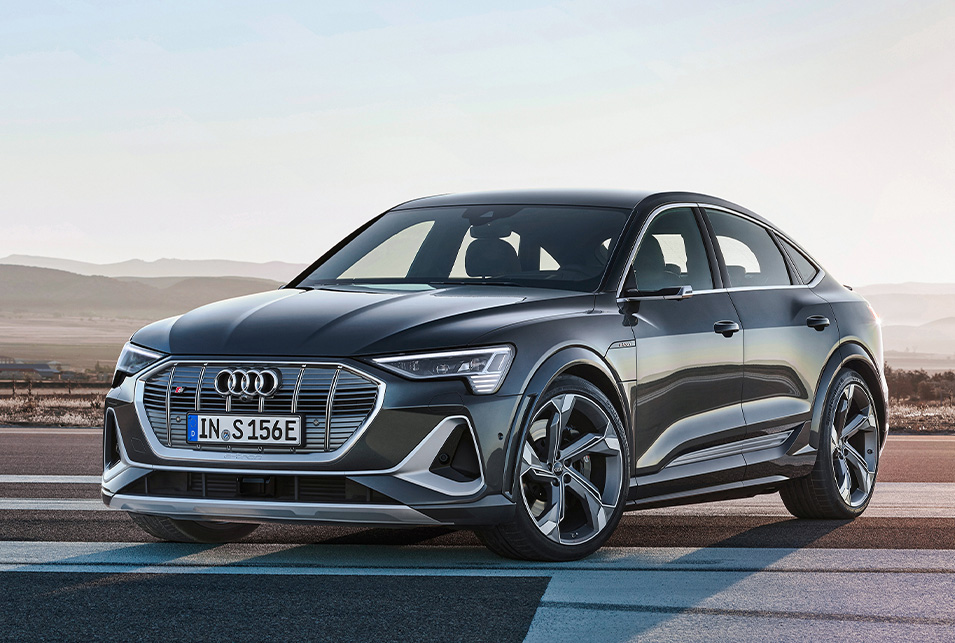 DELIVERIES BY MARKET
in percent